Few directors are as gifted at managing cinematic space as Roman Polanski. No matter the material, every frame of a Polanski film is layered with dimension. Recently, the director came to prominence again with Ghost Writer, a slow-cooking but mesmerizing film enmeshing politics with paranoia that particularly benefits from a meticulous approach to composition and atmosphere. His latest film, Carnage, is a different kind venture stylistically but maintains the same level of craftsmanship. It eschews the open spaces of Ghost Writer and encloses you in a Manhattan apartment with four adults teeming with angst. The two couples are brought together by a playground incident involving their children, and what starts as a slightly uncomfortable interplay of class posturing quickly morphs into a hotbed of unchecked emotion.


Carnage can rightly be described as an actor’s showcase; all four actors give terrific performances. Moreover, the one-act structure and sense of intimacy with the actors/performances are evidence of its origins in theater, which is oft referred as the ultimate actor’s medium. And while Polanski’s understated visual approach may at first appear ordinary, its genius gradually emerges such that the slightest of details reflect and inform the wariness of the guarded individuals. Even something as simple as a vase of flowers resting on the coffee table becomes an aching expression of the pervading suffocation that befalls the characters via their intensifying codified reprisals. (The film also has a keen claustrophobic disposition, as Ali Arikan pointedly observes.) But arguably Carnage’s most twisted play on existential irony is how it reverses the Waiting For Godot scenario and portrays characters that cannot bring themselves to walk away. The final shot is a clever visual punchline (one of many in Polanksi’s filmography) that doubles as a metaphor for the universality of misery that the simplest of conflicts expose. (Roman Polanski, 2011) ***
Posted by Ted Pigeon

Nice write-up, Ted. I enjoyed the film quite a bit (you're right about the peformances and POlanski's use of space) though I was a little disappointed by the "ending." I did like the film's final shot though.

Here's a question I was left pondering after it was over: what do you think as going on with the mirrors? It definitely seemed to me like they were being used as a recurring visual motif quite deliberately, but to what end, I couldn't quite figure out, Any thoughts?

I'm glad you mentioned this because I've been busy thinking about mirrors in 'A Dangerous Method' (which at this point is my favorite film from last year) and haven't given much thought to their use in 'Carnage'.

Something about seeing something reflected in a mirror is more voyeuristic, which is a quality of many of Polanski's films. In this case, it is often looks of pain or disgust. I recall seeing Jodie Foster reflected the most, which is interesting considering that she is arguably the most affected of all four characters by the unfolding events. 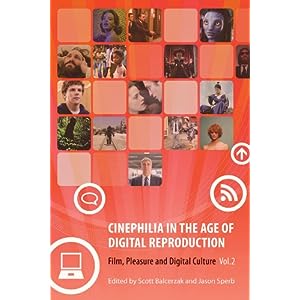