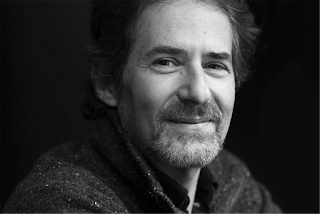 When I was 14 years old, I had a regular habit of sneaking into my sister’s bedroom and “borrowing” CDs, mostly of the sort I was too sheepish to admit I enjoyed. The album I swiped perhaps more than any other was the Titanic soundtrack. I would take it back to my room and listen for long chunks of time. I remember intuitively turning the volume up for the really sweeping cues—such as those written for the ship’s sinking—before catching myself and turning the dial down, out of fear that others were hearing. You see, I was somewhat embarrassed of own my love of film music, particularly the kind of soppy, sentimental scores that James Horner was so gifted at spinning. When I woke up this morning and learned of his unexpected death, I instantly recalled the many hours I had spent in quiet seclusion thrilling to his music.

James Horner had no fear or hesitation about going right for the heart. His music is lush and expressive; it is never in the background but ingrained into the emotional fabric of a movie. All the same, to listen to a Horner score free from its visual context is to undergo an emotional journey unto its own. It is at once monumental and intimate, conveying a unique sensibility that I find easy to identify. More than almost any other musician, I can identify his music purely based on an impression. He was sometimes criticized for his scores sounding similar to each other, but there is actually quite a lot of variety in his melodies and themes. Yet, there is an unmistakable James Horner sound that I will miss from movies. It’s a kind of poeticism that exists separate from the notes and orchestrations.

To me, that sound is pure emotiveness. Horner embraced that fully and unreservedly, and he helped me to recognize and embrace that in myself. Today I’ll be listening to the Titanic score—among selections from many others—and I won’t be adjusting the volume in hopes no one will hear.
Posted by Ted Pigeon 0 comments