I recently saw Miller's Crossing (finally!), a movie I savored every moment of. I must admit I found it difficult to follow some details of the plot; but it didn't matter. The film is an exercise in pure atmosphere and feeling. Even when I wasn't able to follow the trappings of the narrative, I felt its rhythms. The color palette and layered compositions allowed entry into the subtleties of its central character, Tommy (Gabriel Byrne, in a fine performance) as well as the thematic core of the movie, which explores the rigorous structure and ethical frameworks of organizations that thrive on death and violence.

Certain movies, like Miller's Crossing, strike me like that on first viewing; it's as if I intuitively know I am feeling the movie's deepest, most strange beauties despite having not completely familiarized myself with its details. For me, this is the feeling of seeing a great film for the first time. Obviously, feelings and thoughts differ according to the movie, but there is something about such a unique experience with cinema (or any art) that enables the spectator/reader to feel the spectrum of affect from the images in ways one cannot describe but can positively experience. It's an unidentifiable feeling, really, but great cinema sustains that abstraction and builds on it for the duration of the film, all through the motion of images. Because cinema allows the spectator to see its story played it in a controlled, deliberate manner, the subject almost becomes irrelevant to the manner in which it is committed to the viewer's memory -- visually and auditorily and imbued on her or his memory and emotive state. Virtually any kind of movie can provoke such ambiguous response to sounds and images, even ones which are traditionally simple in design and execution.

I may not be able to "figure it out" per se ("it" being a strong affective response), but if I could, then the experience wouldn't be as ambiguous or evocative to begin with. So how do we, as scholars or cinephiles make sense of these experiences in the structured ways we are instructed to? What is it that enables one to make sense of that experience of experiencing affect from watching a movie? What makes that feeling and association of images remain in memory so that one may recall the experience of a movie and put it on a Top 100 list? I just experienced the beginnings of this process while watching and reflecting on Miller's Crossing this morning; somehow I knew it would stick with me based on how I was seemingly inside the images. Recent theatrical experiences (within the last year) during which I had that same intuition include seeing Ratatouille, Pan's Labyrinth, The Descent, and Miami Vice.

Of course, writing about such experiences with cinema both involves the writer in that intangible experience, while also separating her or him from it. While reflection on the experience and active retrospective helps preserve the memory, it also removes one from that immediate experience insofar that the writer structures thought as well as forces that piece of moving images to adhere to the logic of criticism and structure. That is the real paradox, for it captures both the intoxication and the agony of what we do as writers, critics, scholars, and (yes) readers and viewers. 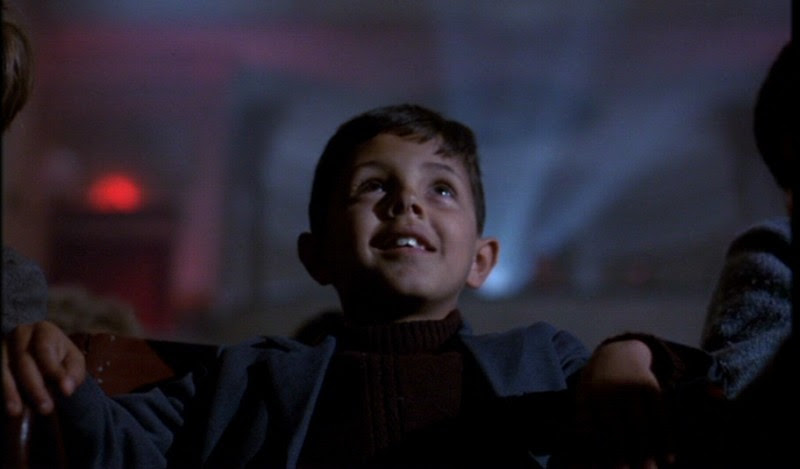 I had a similar experience when i saw "Miller's Crossing" for the first time a couple of years ago. I've still only seen it that one time (even though I own it), yet so many of the images and dialogue remain clear in my memory. Regarding the plot, it was (and still is) tough for me to fully understand and I think part of that lies in the Coens genius, where all of their movies have their tongue just slightly in cheek and have the most delicate touch of satire to them.

The last movie that struck me in the fashion of "Miller's Crossing" was "Mulholland Dr.," which I saw for the first time a few weeks ago. I really wasn't sure if I liked it until the next day when I started piecing together some of the images and characters, and then I couldn't wait to watch it again! David Lynch may be the master of that "unidentifiable feeling" you wrote about.

I think you're right about Lynch, Adam. I saw Mulholland Drive when it first came out on DVD about five or six years ago and I have only seen it once through (I do own it though). To this day, a multitude of images from that movie have stuck with me; not so much just still images, but images in motion. I remember the compositions and their movements so well, the music, and the ambiguous feelings of pure evocation. Ebert said it best about that movie; it's like a dream, making sense in weird ways even though it doesn't.

I think David Lynch is in rare company, that being filmmakers who understand the power of moving images; sights and sounds. He does not have it down to a science, as no one really does, but he is exclusively interested in different kinds of feeling that images can provoke. And he searches for them in his movies.

You know I'm a Lynch fan... His ability to see differently is something that sets him apart. I would easily say his Janus diptych of _Mulholland Dr_ and _INLAND EMPIRE_ are two of my favorite films. I cannot wait for the latter to be released on DVD.

What I like about your piece here is the paradox of trying to celebrate in fixed words the elusive thing you felt awed by in a theatre (or book, or on TV, &c.). I think part of why I haven't written in earnest about Carlos Reygadas is an effort to preserve some of the magic I feel in his films. It's very similar to my relationship with Tarkovsky's films, even though I finally did sit down and write about one recently (that Reverse Shot essay). But it's funny: now I don't want to write about Tarkovsky again, at least for a while. I would very much like to do a Reygadas symposium (a la my Lynch Mob efforts from February) whenever _Silent Night_ becomes available to American audiences but I feel a hesitation in that regard as well. (I was just struck by the (uber-cool) similarities between regard and Reygadas.) Anyways... I feel way off topic...

I should watch _Miller's Crossing_ again: two Seattlites I know really dig it and have tried to tell me it's amazing but I remember really _not_ liking it when I saw it in high school. It seems rather popular in the blogosphere: I'm surprised nobody's done a blog-a-thon about it yet. That said, I think there have been a few too many 'thons recently. Ah, internet politics -- oh wait, there are none! Or, there shouldn't be any. Well, if anything, you've gotten me reinterested in watching this movie, finally. That, and, uh, watch some Carlos Reygadas films. (And _Pirates_!)

I admittedly haven't seen any films by either Reygadas or Tarkovsky. But you elucidate a number of worthy points, Ryland, especially about blog-a-thons. I think the occasional blog-a-thon can be a really fun and interactive experience, but you're right: there's too much out there. We may be on the edge of risking our individual voices and experiences by engaging in so many unified practices.

And regarding your comments about politics, well, let's just say that blogging definitely warrants strong consideration from the standpoint of politics, democracy, and discourse.

As for Lynch, I have heard nothing but good things about Inland Empire, which I will be seeing when it is released on DVD.

I wish I knew the answer to that. I have an uncanny ability to remember movies and scenes from movies. Yet, there are certain movies I've seen that I have no recollection of.

It's an interesting question to think that a combination of music, sfx, scenes can combine and trigger a certain reaction from the brain to make it file that stuff away.

Adam is absolutely right that David Lynch is a master of this. No one can create a singular scene such as him. So much richness to everything going on.

I would also say that Brian DePalma is excellent with this. No one loves to draw out of build a scene more than he and his use of slo-motion helps.

This is an important topic to focus on because memorable scenes are lost in today's cinema. They're not looked on as something to cherish, they are looked upon as something to help move the story. Thus the lighting and the composition is secondary.

I agree, Piper. "The moment" is not what mainstream audiences seem to want, at least on a conscious level. I'm sure I could construct an argument asserting that the desires of cinema exist on a deeper, more unconscious level of experiencing those moments that viewer can only process as good plot and structure. I think there are few who prize "the moment" because it's a risker endeavor to suggest that logic and sense, i.e. structure and development through a narrative, are essentially unimportant in our experiences with visual narratives. Some people just don't want to think about that.

Funnily, one of my main complaints about
MULHOLLAND DRIVE was that it felt too clinical (eh, it's Lynch...that's a heavy-handed word) within his oeuvre - -few directors have the ability to really polarize viewers like Lynch. I guess ERASERHEAD appeals to that whole "organic, innate" first-viewing thing...it's so effective is how visceral it is: it doesn't merely present these themes through dialogue but makes you feel them very directly at an uncomfortable level through the visuals and particularly the unprecedented sound design -- all those strange buzzes and hums create a tone that fluctuates, at times obviously and at times subtly, in order to express the underlying mood at each moment to a startling degree that we don't always consciously recognize. And in that sense, it's one of the most "cinematic" movies ever made. MULHOLLAND DRIVE has always felt like an odd sort in that I perceive how incredible the filmmaking process was; however, at the same time the film feels too artificially pieced together to actually work like that. There's much to be said about the Lynch film's and their ineveitable conclusion that they will be "figured out"...in essence that's really how rewatches work for these ("Miami Vice", "Miller's Crossing") films, right?