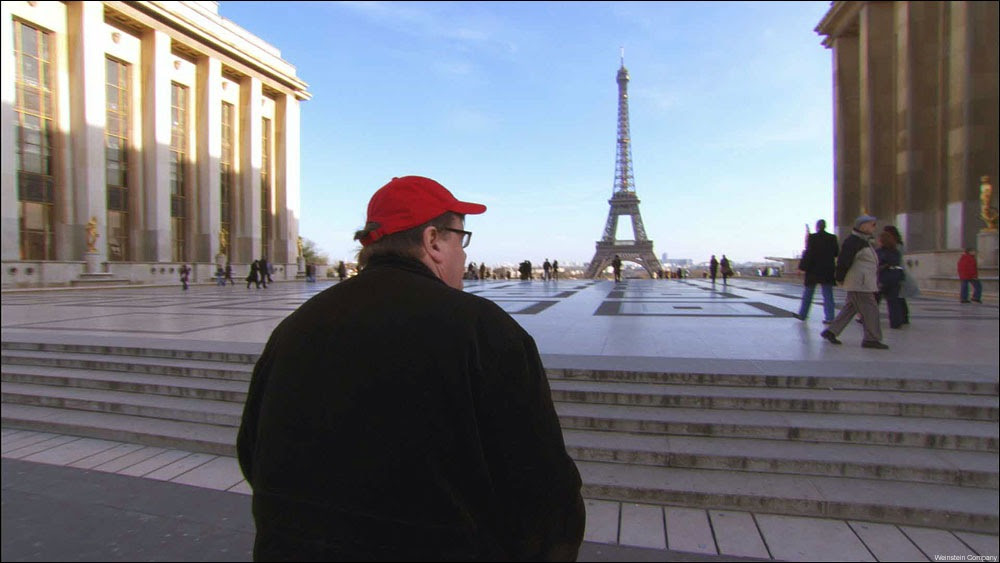 Like them or not, documentaries are in. They are the rising trend in contemporary audience sophistication and niche markets. But before I sing the praises of the documentary, maybe I should temper such a blanket statement. A documentary may never top the box office or come anywhere near the hundreds of millions raked in by the overmarketted products currently dominating the cineplexes. But anyone who follows the box office knows that net grosses are all relative. It's a bigger accomplishment for a movie like An Inconvenient Truth to make $49 million than it is for Transformers to make $250 million. It's a statement that Michael Moore's Sicko has cracked the top ten and has experienced a rise in box office receipts since its release. While the blockbuster movie industry directs all marketing efforts to opening weekend grosses, yet another signal of the shift toward cinematic fast food in the mainstream, documentaries (particularly political documentaries) have found their niche in certain markets and arguably outperform the mega-blockbusters. Personally, this pleases me immensely. It's great to see that audiences are seeking out thought-provoking movies (documentary and otherwise) and that this movement is actually starting to make a dent at the box office. Sure, it may not turn around the tidal wave of commodification that has overrun popular cinema, but it's a step in the right direction.

But this whole idea of a "political" movie troubles me. I hate to use the word "political" when describing certain popular documentaries, simply because one could argue that just about any action -- including making a movie in a specific way, marketing it, and distributing it -- is inherently political. Politics and power run deep within the very foundations of human communication that they are simply unavoidable. Certainly, some movies such as Michael Moore's Sicko (still unseen by me), Fahrenheit 9/11, and Bowling For Columbine are surface-level "political" documentaries in that they deal directly with matters of government control and influence. But I would argue that these movies are about much deeper political forces and movements than (dumb as it sounds) politics. Michael Moore seems to divide people and create debate like no other figure in media prominence today, other than perhaps She-Who-Must-Not-Be-Named (or, as Jim Emerson refers to her, The Creature from the Puddle of Mud) and the Televangelist-in-Chief (another one of Jim's titles). Moore is known as an ultra-left wing fact-fudger by some and a working class hero by others. His movies vary in quality; their best and worst elements are a direct extension of Moore's empassioned personality. But they represent a collection of accessible documentary filmmaking which resonates with audiences today. Blending humor with seriousness, thought with emotion, Moore's movies represent the pop face of the contemporary documentary.

It always humors me when I hear someone say things like, "Michael Moore's movies aren't documentaries because documentaries are based in fact and are supposed to be objective." Really? I had no idea. Documentaries differ from fictional movies in their presentation of narrative, certainly, but they are just as much of narratives as fiction movies. There, I said it. Let the masses be up in arms for someone suggesting that "fact" and "objectivity" are idealistic concepts which work fine in a vacuum but not in motion. No matter how factual, everything is narrative; containing perspectives which reflect the experiences and background of the individual, organization, or institution telling them. Some consider this a bad thing. I do not. I think the sooner we all realize this, the better. Narrative is the basis of our conception of self, culture, family, country, and memory etc. It reflects the principles of the language which enacts us to perform as social actors within organizations and the great web of discourse that is communication.

Documentaries may jettison the notion of creating fictional characters to structure a narrative, but they are still representative of some interest, even if they use facts and data to build around. In that sense, even the most fact-based of documentary filmmaking functions like empirical research, which -- in its structure, focus of study and manner of inquiry -- reflects underlying assumptions (both individual and cultural) about the supposedly objective world. That's not to discredit quantitative research or to disparage it. Rather, it's important to understand contextual and relational details that are always in play, for it is those underlying assumptions (even ones we're not conscious of) that constitute consciousness, providing a limited number of interpretations of the world.

To think that documentaries (or anything else) should be fact-based, lacking in perspective, feeling, and experience is a highly unproductive approach to information. It's good that documentaries (like all narratives) express perspectives, thoughts, feelings, opinions, and experiences. As viewers of them, we shouldn't feel positioned by them to either agree or disagree with their "presentation of facts", but instead think about why they provoke us; how they uphold or deviate from our own individual or cultural values, beliefs, and conceptions of how the world outside functions.

As I have said many times before, cinema is about feeling, emotional abstraction, and empathizing with the experience of others - whether that's the experience of fictional characters, artists, storytellers, and people of all different backgrounds and perspectives. This is not exclusive to fiction films, but all films. Good documentaries can be fascinating stories/films/accounts of the most seemingly mundane things, such as the life of a troubled, fascinating comic artist in Crumb, or a deep contemplation of life, death, and choice as in The Bridge; they may shed light on political, ecological, and social issues such as the The Corporation (which I just recently viewed) or An Inconvenient Truth. These movies enable the viewer to see the eccentricities and details of human behavior. They inquire into what it means to be human in a wide variety of challening and provocative perspectives through diverse subject matters. I still can't fathom that so many sophisticated scholars, viewers, and critics of cinema often treat documentaries as having a fundamentally different makeup than so-called fiction films. I believe that documentaries are a necessary component to the greater affective, cerebral, and artistic prism of narrative as channelled through the visuality of cinema. The beauty of this medium is that its affective capabilities are not limited to certain narrative "types" or genres. The narrative is only the beginning...

One of the first posts I wrote back in February of this year (still reasonably new to blogging) was a list of some my favourite documentaries in which I mention they can be just as great as narrative fiction and as re-watchable.

The 2 that always jump up to the top of my list are "Visions Of Light" (the beautiful doc about cinematography - it gave me my first glimpse of "The Conformist") and "Mr. Death - The Rise And Fall Of Fred Leuchter Jr." (Errol Morris' fascinating portrayal of a man who makes a living creating machines used for putting people to death - until it takes an even more fascinating turn...). I managed to finally get to the Hot Docs Filmfest this year (living in Toronto, I really should have made it out sooner) and caught 10 docs that were mostly terrific. In The Shadow Of The Moon was stunning and just took my breath away on the big screen.

Needless to say, I'm a big fan of docs as well.

Thanks for commenting, Bob. Amazingly, I still haven't seen Visions of Light yet, though now I think I'll make it more a priority. I still need to catch up on Errol Morris films; the first and only I've seen of his is Thin Blue Line and I thought it was outstanding.

Yes, there is definitely still much to explore in documentary filmmaking. And I'm looking forward to diving in.

I believe a documentary can have narrative and have an opinion, but I don't believe that what Michael Moore does can be called a documentary. While he reports facts, he manipulates timelines and leaves out certain things that don't necessarily support his point. It's a very one-sided view, one that I rarely disagree with. I like his films but always watch them through squinted eyes. I can't believe everything I hear and see and under the guise of a documentary I should be a little more comfortable with that.

I am very bothered by the fact that Moore did indeed get an interview with Roger Smith which he didn't include in his movie. Roger and Me came out when I was in film school and it was all the rage because Moore had evolved the documentary and created something new. But now looking back, it was all hype and I can't get over feeling duped by it all.

Saying all that, I will say that I haven't seen a bunch of documentaries of note that aren't already listed, but I will say the Dogtown & Z Boys is pretty damn good.

Excellent point, Piper. The accusations levelled against Moore for his total manipulation of not just data, but timelines and images are rampant. I tend to think that he's grown up a little since his Roger and Me days, but you raise a fascinating point which speaks to the ethical responsibility of the filmmakers. Cinema, by its nature, is a manipulation in a sense. Compositions are deliberately chosen and situated so as to achieve a desired narrative effect. When dealing with real issues and facts, this becomes a very hazy picture, as the anecdotes about Moore demonstrate.

Is there a real difference between Roger and Me and Triumph of the Will? They're both well-constructed, effective and affective movies that can potentially influence one's viewpoint and inform one's experience. Sure, the comparisson is extreme, but it raises the issue of responsibile documenting for the sake of fronting a viewpoint (hopefully an informed one) versus propaganda. The line seems to be blurred sometimes. The real danger in my mind, though, is refusing to acknowledge this debate and seeing propaganda as honest information based knowledge, or, by contrast, seeing inquiries into knowledge for the purposes of questioning something as propaganda. The line is indeed blurred, and the medium of cinema can be more elusive in terms of determining what those grounds are because it is so grounded in narrative.