Looking back on 2007: Analogic reflections on the digital 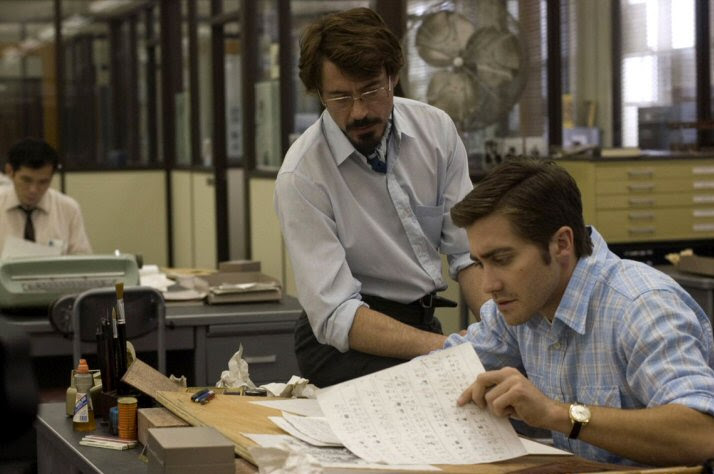 I have recently argued that year-end listmaking and reminiscing is quite useful so long that it's employed with a bit of freshness -- an argument that is as vague as it is vulnerable. But I remain hopeful that good criticism can come about from these annual traditions of journalistic film criticism. At a time when avid readers of film criticism are drowned in the numbing sameness and plurality of "Year in film" articles, the most productive annual retrospectives on a year in cinema are a) defined by a more inquistive, humble standpoint; b) free of conventional criticism jargon; and c) wholly uninterested in naming "the best" of anything.

The intelligent critic understands that right now is the only time of year when s/he can step out of the mode of immediacy that defines most mainstream film reviewing, and offer keen insights about the state of the art. Therefore, I would argue that useful annual cinematic reflections offer critical observations that examine a number of trends and practices in film viewing, production, distribution, and criticism. Emerging from these notes and observations is the critic's equally informed and personal insights on the films s/he has deemed important and interesting, not necessarily "The Best." (Who would really pompously believes that number one means that one film is empircally better than all other in a year, or that four stars translates to formal and thematic perfection?) In short, good year-end articles locates relevant ideas and themes in the cultural dialogue about cinema, critical canon, and the movies themselves.

There are a lot of good critics out there who are doing this, but one critic particular has struck me as particularly essential in light of these considerations. The always-relevant Dave Kehr recently posted his thoughts on the year that was. And while he readily admits that he hasn't seen a great number of the sea of films that were released this year, he nonetheless identifies 20 films that stood out to him, and offers sound reasoning for his choices, if not individually but collectively. Looking over his selections, they together represent (for him) the pulse of cinema, and may also offer some foresight regarding the future of cinema and cinema technologies. He writes:

"2007 was a year in which the greatest uncovered story on the movie beat — the transition from analog to digital filmmaking — continued to be uncovered and continued to shape the kind and quality of films being produced.

I think the digital revolution is most obvious in the sudden resurgence of animated films, the genre best positioned to take advantage of the new technology. For Robert Zemeckis, the digital environment of 'Beowulf' provided a way to create some of the most breathtaking and expressive camera movements since the passing of Otto Preminger; for Brad Bird, 'Ratatouille' was the occasion for some marvelously precise, classical decoupage, quite different from the frenzied cutting that has characterized so many of the new live-action digital films.

The now common use of the digital internegative to manipulate color, lighting and composition reached new creative heights in David Fincher’s 'Zodiac,' a film so thoroughly manipulated that it seems more at home in the animated category, a characteristic it shares with Wes Anderson’s 'The Darjeeling Limited' and Tim Burton’s 'Sweeney Todd.'

But the old-fashioned, Bazinian realist aesthetic also saw some triumphs this year, not just in the hardcore form of Straub and Huillet’s 'These Encounters of Theirs' but also in the inconspicuously classical mise-en-scene of Quentin Tarantino’s 'Death Proof' and Tony Gilroy’s 'Michael Clayton.'"

Not all the movies he mentioned made it into his Top 20 list, which is fine. But he made a point to highlight not just a particular movement that is now picking up steam, but also the films standing as counterexamples. He does this so simply, yet it's almost profound when you consider how many arguments are driven by some core thematic ideas, which the critic identifies in a few films around which s/he can then construct an argument. But Kehr observes that for every film ushering in "the digital," or the postmodern, or absense of linearity, many other films (from various levels of cultural and critical relevance) embody the more analogic aspects of cinema, prizing a painterly approach to composition, longer shots.

But the analog/digital dialogue extends far beyond the the physical and technological properties of a given film. Questions of how a film was shot -- on film or digital video -- are absolutely crucial to this discussion, as are questions of a film's narrative content and presentation of information. But equally essential is a larger sense of the cultural affective state of critics and moviegoers, and the sort of dialogue we as viewers are engaged in with the medium itself. You see these kinds of debates happening in academia, with post-structuralists and neoformalists battling each other, as well as other social sciences and disciplines for an edge in the greater debate about cultural agency. And I think it's interesting to point out that the analog/digital discussion often times comes down to the ways in which it's discussed and the ideological and theoretical foundations of the participants in that discussion.

This is relevant now because right now we're seeing cinema change right before our eyes. Of course, some will say that it's not the artifact that's changing, but the viewer of that artifact. Nevertheless, cinema has evolved and progressed as its own medium for more than a hundred years, and has always reflected the underlying ideological tensions of a culture's relationship to technology and narrative. And right now, digital media play an increasingly karge role in all of our lives, with regards to our own memories/experiences with that and those which are outside of us (e.g., digital photography, social networking, etc.), and also in terms of how we perceive and interpret information, as well as harness it to form a knowledge and construct a reality to which we must responst and on which we must always act. It's clear that with the prevalence of digital technology, any notion of the self and of the linear identity (be it individual or cultural) is becoming harder to maintain.

Yet, although digital media, narratives, meaning-making practices, and information are certainly more constitutive of our social existence now than ever before, the digital does not displace the analog. In fact, the analog will continue to thrive, but always in juxtaposition with digital information, meanings, and narratives. Analog and digital have come together in challenging ways, and this convergence manifests in media, particularly in cinema, a "medium of many media," in both its form and content. (The same relationship is probably true for form and content, in that they simply do not exist outside one another and are continually defined by each other.) Therefore, when we apply this notion to the intrepretation of cinema, particularly in the amazing varieties, shapes, and sizes of cinema that now exist, we see this very convergence culminate through various media, technologies, and narrative styles.

Films like Zodiac, one of last year's astounding achievements, explicitly wrestle with these notions. David Fincher's film does this on a number of reflexive levels, from a deconstruction of a popular cinematic sub-genre (the serial killer, police procedural), to an examination of spatial and temporal orientation; specifcally exploring the notion that the way in which we communicate to a large extent determine how and what we communicate. On many levels, Zodiac deals with these issues -- so much so, that it's impossible to unpack and arrange these concepts in a linear, or analogic fashion; which is precisely its project as a digital piece of information. It's a constant negotiation and tension, and one that cinema is directly confronting, not just with films like Zodiac, but also in animated movies, such as Ratatouille, which is so proudly analogic, yet also wholly digital at the same time. It ultimately becomes something that is neither analogic nor digital, but something new entirely. One could also look at linearly structured narratives in films such as Eastern Promises, and upon further examination uncover a deeply reflexive mediation on narrative, perception, and violence. Some documentary filmmaking also exhibits a strong sense of the digital, as is evident in Manufactured Landscapes, a film that actively reflects on visual language, globalization, and matters of authorship in a media economy. Mainstream fare such as 2006's Miami Vice are also redefining a new digital space, in many ways, specifically in how they invert and upend pre-existing, analogic norms of genre and cinematic vision and representation to serve a whole new kind of visual experience.

Films of all kinds are directly questioning knowledge as we know it, knowledge regarding cinema technologies, mediated information, the notion of a singular consciousness, and universalizing systems of knowledge and language. And it's happening right now, which is why right now is an exciting time for cinematic media, particularly criticism. Some may say that 2007 represents a great leap forward toward the digital. This may be true, but if the digital has taught us anything, it's that we are not moving forward to anywhere. We're not moving past or beyond the analog, but engaging it in new ways and new dialogues, creating new systems of interpretation and understanding as we move along. All of cinema is a kind of reflection on the analogic and now-emerging digital properties of aesthetic and narrative information. And as the digital becomes more prominent, so too will be possibility of cinema and aesthetics in general.

And that's why the very analogic process of looking back on a year in film is inevitable and a statement to these perpetual tensions from which great art and criticism will continue to be redefined. As a critical practice, reminiscing on a year in cinema reminds of our cultural entrenchment in analogic means of communicating. We can look back and identify a number of trends that may clue us into where we're going, but this process in itself is a linear mode of thought that cannot encompass the extent to which this new dialogue is changing how we see cinema. The shear variety of filmmaking, both good and bad, makes the future of cinema anyone's guess. Cynics will look at this year's crop of movies and come up with reasons aplenty for why cinema is dying, while others see the diversity of perspectives and a deepening and more abstraction embrace of aesthetic meanings and styles to signify a future in which cinema in its very being will come to represent the all-inclusive artform for the decentralized collective. It all comes down to how you see the movies and how you see the world. I guess I'm a member of the latter camp, because part of why I love cinema is precisely because it eludes essentialism and universalized meaning structures. I strongly believe that great cinema is not a measurement or pre-determined meaning, but an intangible state of mind and aesthetic potential. In other words, every great movie, in some way, reminds the viewer (or critic) that cinema's potential as an art form, technological medium, and cultural artifact is limitless, and can even define new planes of vision and agency.